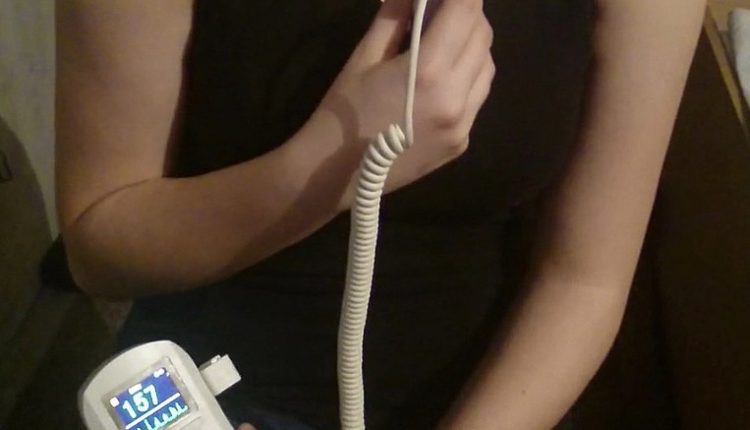 Pregnancy happens in stages and the initial stages come with a lot of challenges. One of the challenges is that the baby doesn’t move, or at least it is not possible for the pregnant woman to feel the movements of the baby. This usually raises concern among pregnant women because they don’t know what is happening to the baby during this stage of pregnancy. That is why it became necessary to formulate ways of checking the heartbeat of the developing baby during the initial stages of pregnancy. One of the ways that can be used to check the heartbeat of the baby during this stage is through the use of fetal Doppler device.

The manner in which a fetal Doppler device functions is that it sends ultrasound waves through the pregnant woman’s stomach to the baby to detect the heartbeat of the baby if there is one. If the baby produces a healthy heartbeat, research indicates that the likelihood of loss of pregnancy is highly reduced.

Well, now that we know how these devices work, let us take a look at how safe they are in the next section.

Research indicates that exposure to ultrasound devices for a long period of time can lead to a considerable rise in temperature at the location of concern. This increase in temperature has been known to be able to cause certain congenital abnormalities. Similarly, it can also lead to possible loss of pregnancy. As such, frequent use of fetal Doppler devices can expose the unborn baby to high temperatures, which can be dangerous.

Well, none. At the moment, fetal Doppler devices offer no medical benefits whatsoever. They are not like diagnostic ultrasound which is often used by doctors to detect certain medical problems to make sure that the mother is not harmed in any way by the pregnancy.

Dopplers that people use at home can also be the source for a lot of unwarranted fear and pressure because they may not be able to detect a heartbeat for several weeks into the pregnancy. A mother won’t be able to detect the heartbeat of their child using a Doppler device a few months into their pregnancy after medical ultrasound can. This can often cause a lot of worry in a person.

Fetal Doppler devices are not always reliable because there are cases where an unborn baby may die in the womb, but a Doppler device may still give a false positive. This happened when a mother realized a reduction in fetal movement but did not rush to a hospital because she believed that she heard her baby’s heartbeat on a Doppler device. Later, it was determined that she had had an intrauterine death.

All On 4 Dental Implant – The Most Attractive And Cost-Effective…

If you are planning to buy a motorcycle online, then you have landed at the right place. Just because there's no…

A Better Guide to Pet Paintings

Many pictures with pets are always beautiful. This will be regardless of your friend playing in the park or posing…

Sports That Require From You to Wear Proper Sunglasses

Billions of people from all across the globe play sports daily. They also enjoy numerous outdoor activities such as…
Prev Next 1 of 34
Recent Posts